Creating a Mobile App: We Made a Sports App Called Tifo

Creating a Mobile App: We Made a Sports App Called Tifo

Creating a Mobile App from Scratch

Our team members have been designing and developing mobile apps for iOS and Android for years, so we have significant experience. Creating a mobile app is a fairly complex process which requires specific expertise, all of which we have in-house. Clients have selected us to produce apps precisely because we’ve done it successfully before. But a little over a year ago we decided to create our own app. After we completed it, we thought it would be useful to write down our experiences with the process from a client standpoint.

Before I continue, I’ll add that I’m writing this from a non-technical standpoint. Our developers will worry about things like writing in native code vs. React Native or Xamarin. That’s not the focus of this post. I’m writing this for companies with team members who have aspirations to create an app and need to know the pitfalls.

First, What is Our Example App, Tifo?

Before we go on, we should explain what our app does, since we’re using it as the primary example in this post. Tifo (pronounced TEE-fo) is a mobile app which works on iOS and Android phones. It is designed to help sports fans create and manage supporter clubs by providing membership management, game schedules to enable real-world gatherings, chat, media uploads, and more.

Instant Drawbacks for Our Release Date

Tifo was released in early 2020, which was awful timing because of the COVID-19 pandemic. We did not know what kind of impact the virus would have on our app, but it turned out to be disastrous. Tifo is primarily an app for organizing sports supporter clubs which get together in pubs, sports bars, and members’ homes in order to watch games together. The pandemic erased that possibility very quickly, and it took nearly two years for people to feel comfortable to begin gathering face-to-face in supporters groups again.

Still, this delay has allowed us to continue to pursue other features that were not available in the initial launch, so it hasn’t been entirely negative. But that’s one thing to remember. Circumstances out of your control may change the course of your app’s potential from success to failure.

Steps for Making a Mobile App

There are a few common-sense steps to mobile app production, so we’ll list them here.

Thanks for taking the time to read this post about creating a mobile app. We hope it’s been informative about the the basics of app design and the app development process. Please feel free to contact us with any questions you may have about our post, our app, or your ideas for your own app.

You can also check out information on Tifo at www.tifo.fan. 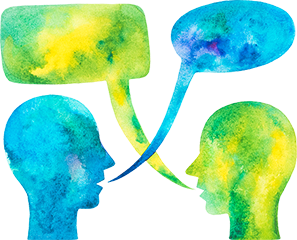